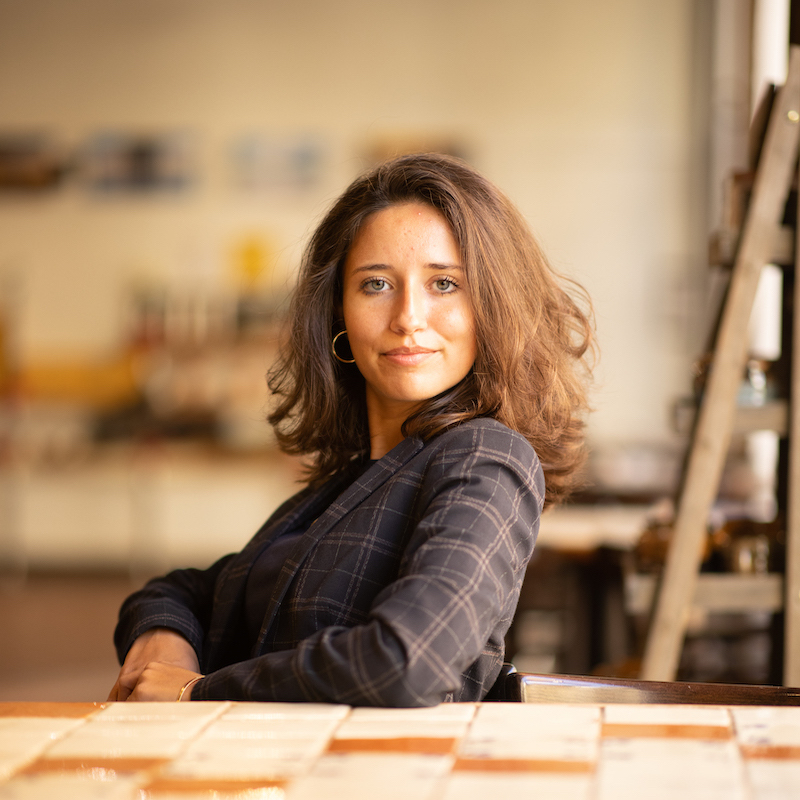 I'm a Gitcoin KERNEL Block III Fellow. This summer I'm working alongside 200+ innovators in blockchain to learn about, build, and launch blockchain tech.

I advise a few community organizations like Minority Programmers Association on external partnerships.

For the past two years I've been consulting and educating on stakeholder engagement in blockchain ecosystems.

My Work in Community Education 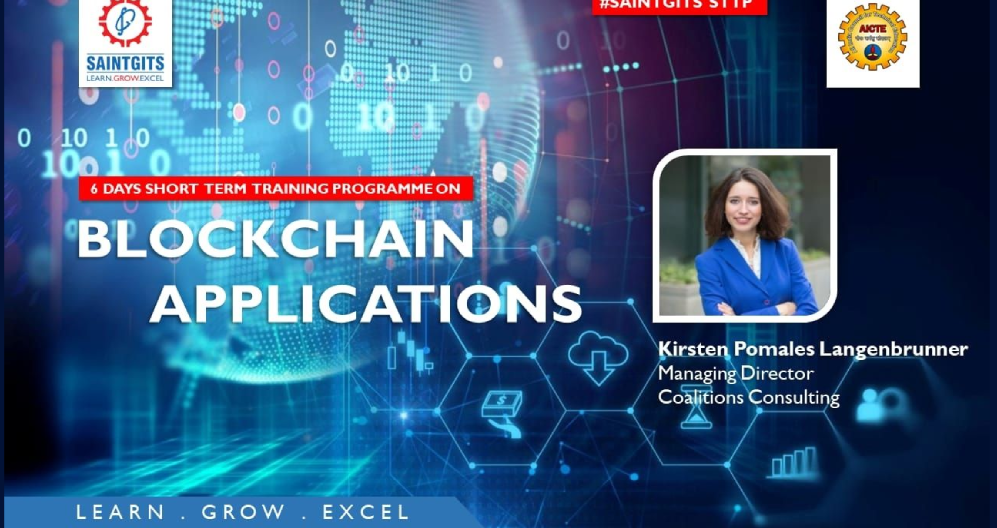 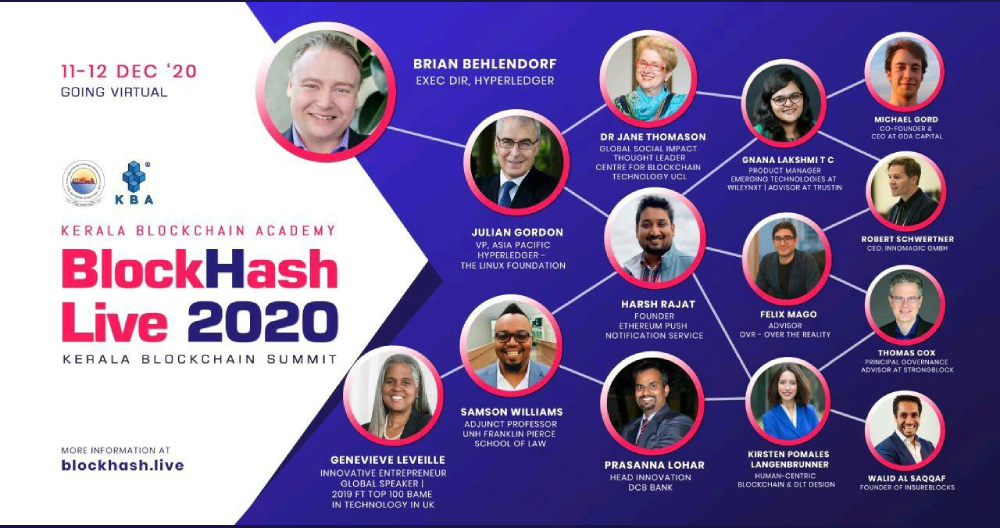 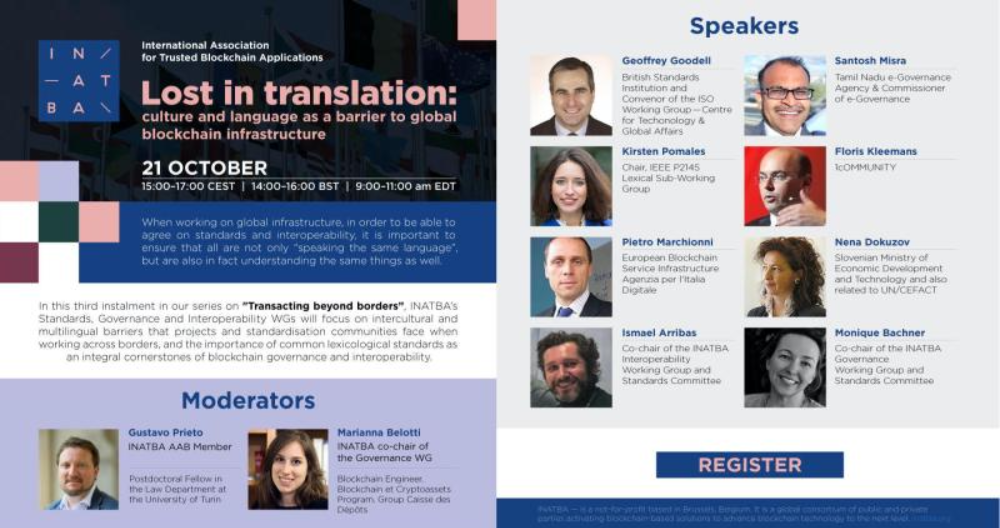 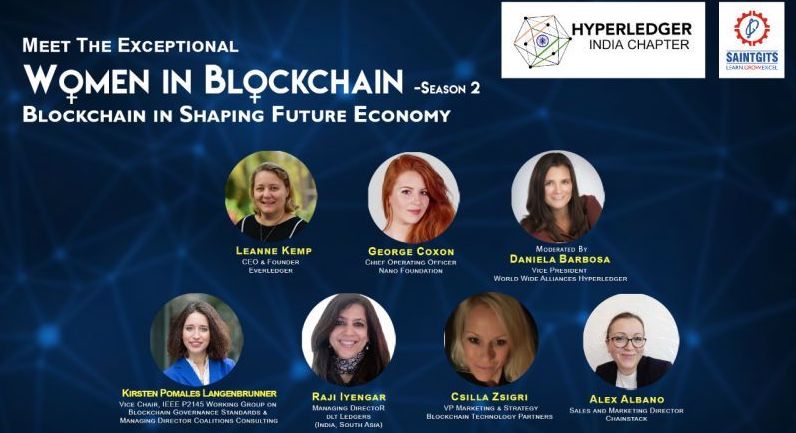 Book Me as a Speaker → 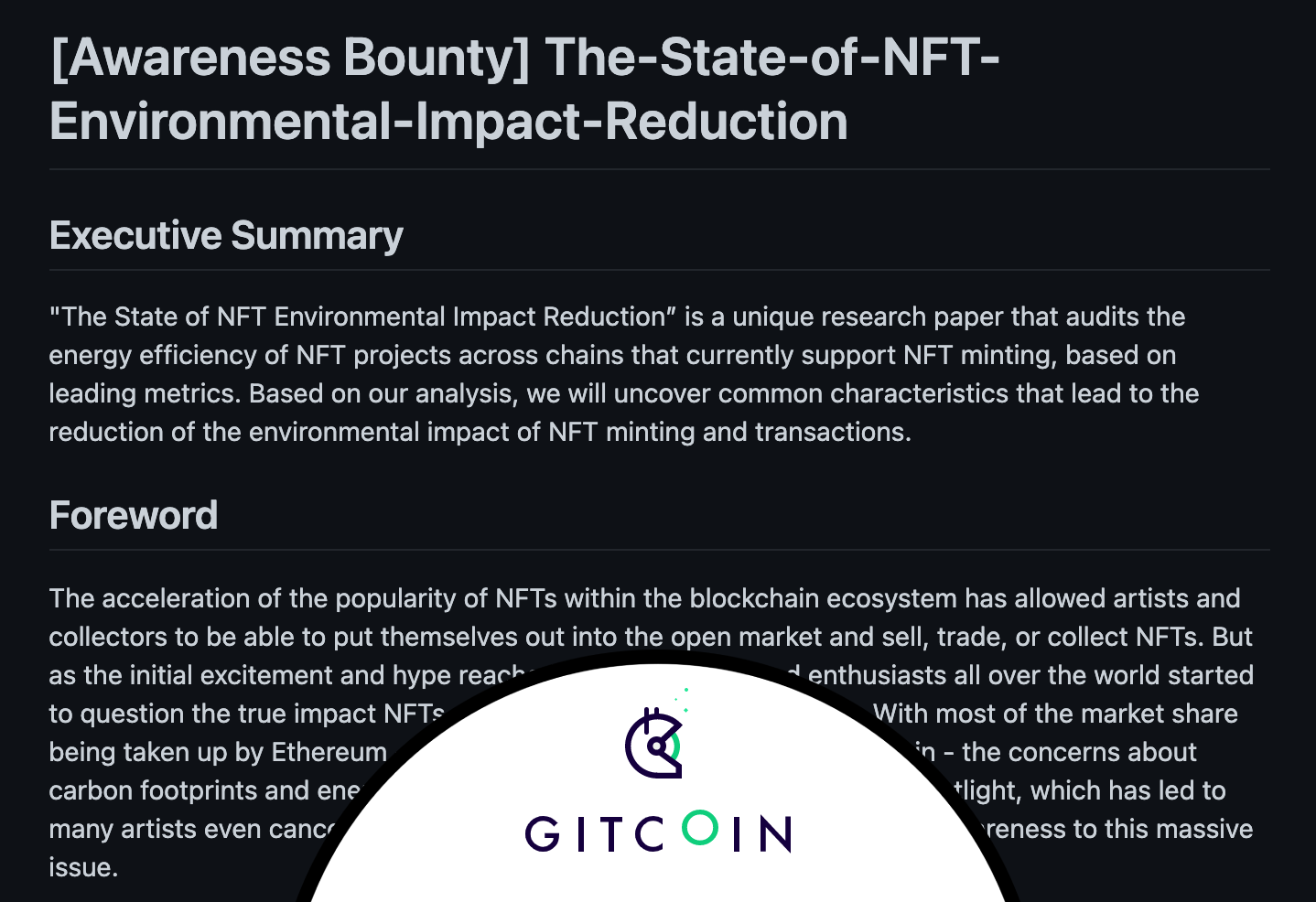 It's undeniable that the energy that many popular #NFT platforms use is unsustainable for the long run. 🌳 That being said, what alternatives do we have as #ecofriendly artists, entrepreneurs, and.... 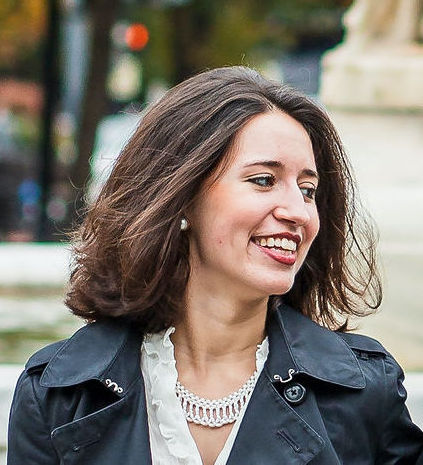 I've always loved getting early-stage teams off the ground by assembling a crew, identifying clear goals, executing, and scaling what works.

My “first career” was a 5-year mix of campaign coordination, lobbying & coalition building on economic & biz policy issues (check out a few case studies). I moonlighted in and eventually left politics for the startup world: I worked on Pollr.io, (political data aggregation SaaS), SponPay (influencer marketing marketplace), PeopleHat (virtual assistants on demand), a MOOC platform for public speaking curriculum, and a few others. In 2019, I discovered you can build revolutionary multi-stakeholder tech on Ethereum, and the rest is history.

I'm in blockchain because I believe it is the most revolutionary piece of technology to hit humanity this century. 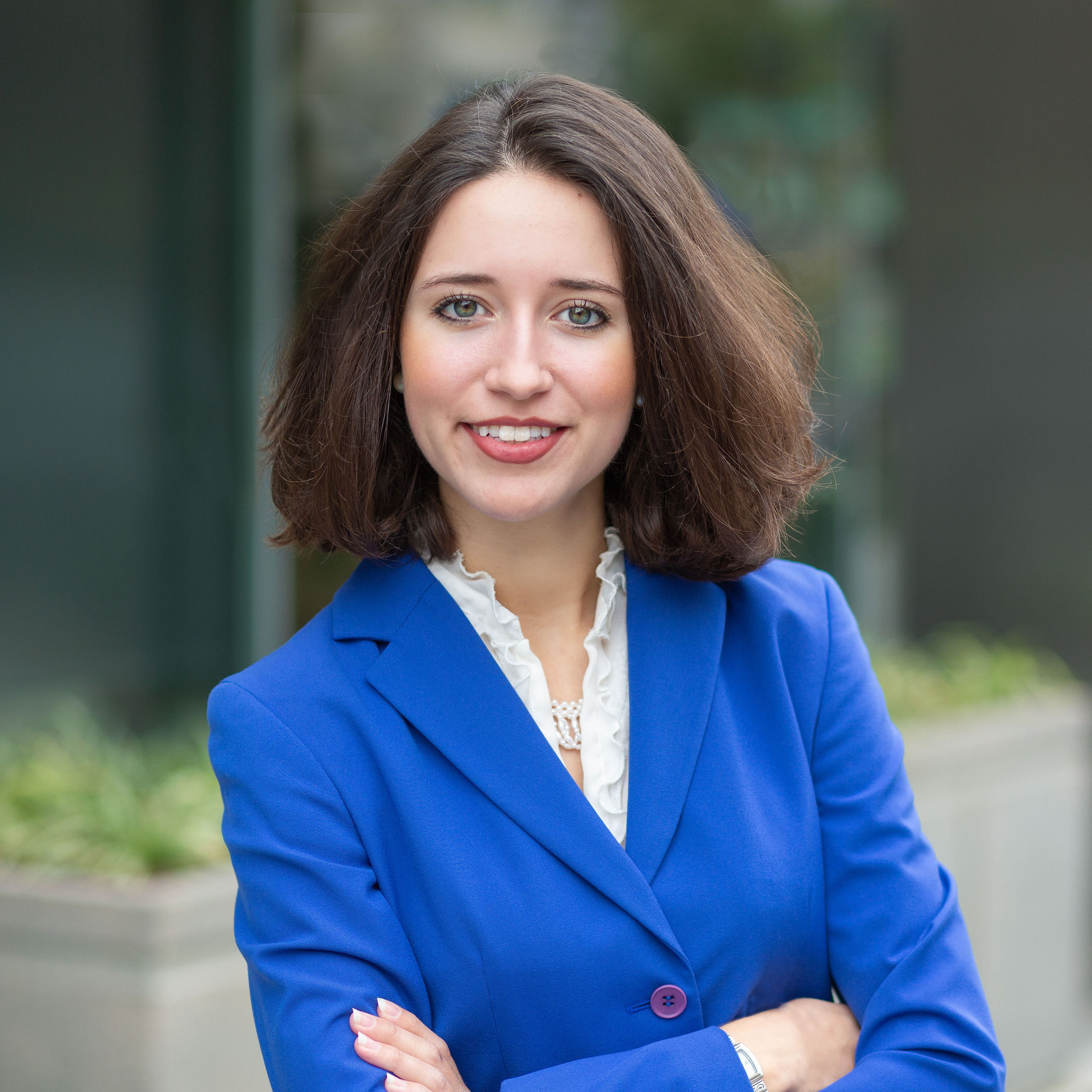 I worked with their team to craft win-win scenarios with their go-to-market partners, coherently and compellingly. We conducted risk analysis and interviews alongside stakeholders to understand the obstacles they needed to overcome as a group. We set a strategy for co-creation amongst stakeholders to ensure the end consortium would meet everyone’s needs.

We provided a detailed go-to-market plan and founding articles for the consortium including; governance, membership models, revenue models, legal protections, risk mitigation techniques, and launch strategy. This prepared the team to launch this collaborative venture.

There is a lack of information on best practices for blockchain governance design for both public and private chains.

Governance as a component of blockchain design is key for scalability. A few founders and I decided to form an open source, open-membership, global, asynchronous working group to address the void with governance research.

We have built up a membership of over 200 individuals across all continents, who are currently working together to release sets of standards in blockchain governance. We have forged multiple university partnerships, onboarding students to the standards development process. We maintain a well-regarded internship program with curriculum, mentorship, and research contribution opportunities. We have forged working partnerships with other standards bodies, coordinating our efforts on blockchain community education. Our first public paper is set to be released in February, 2020.

In the state capitol, there were dozens of political groups working on the same initiatives, with little or no coordination between them. This resulted in less impact, overspending, and duplicative efforts

When it comes to passing legislation, coordination is key. Two associates and I put together a strategy to re-form a coalition-building meeting that had fizzled out five years prior. We began tracing down prior members and activating newcomers to the political scene, inviting them to our monthly meetings. Each meeting, we featured a guest speaker to discuss their latest public policy initiatives, and foster partnerships to improve outcomes.

We grew the group to 30+ regular members representing 20+ public policy organizations. We drew guests including the Ohio Secretary of State, Lieutenant Governor, and the Ohio Senate President. Partnerships on policy initiatives ranging from education to energy were forged. This political coalition is still running, helping its members identify synergies and amplify their influence.

The City Club of Cleveland, the longest standing public forum in the U.S.

Young people are oftentimes detached from current events that impact their lives and the lives of those around them. The City Club of Cleveland is a free speech forum that convenes leaders, engages citizens, and produces educational events in Northeast Ohio; the Youth Forum Council is a working group that develops content targeted at engaging students.

Our working group managed every part of the content development process from topic generation, scouting and negotiating with speakers, and eventually moderating the event. As the working group’s Secretary, I managed operations for the group - making sure deadlines were met for each forum. Our topics ranged from police-community relations issues like Cleveland’s Consent Decree, issued after repeated police shootings of community members to discussing how the region was approaching immigration and refugee resettlement (my favorite forum).

Over my time at the City Club, we hosted dozens of forums on diverse topics. Our events were marketed by the City Club through their social media channels and partner organizations and were live-streamed and locally broadcast on TV and radio, reaching hundreds of in-person audience members and thousands of broadcast viewers. Our recorded forums are still being used to educate communities to this day.

In 2017 and 2018, the Ohio State House and Senate saw little movement on K-12 education reform issues like reforming Common Core, increasing school choice, and other issues. While working with a policy advocacy organization, I wanted to find a way to re-ignite discussion on education on Capitol Square.

I forged a partnership with another leading policy organization to jointly fund and publicize an event to bring together policy leaders and foster discussions around education freedom; allowing increased choices for parents when it comes to education. We soon brought on two additional partners to aid with publicity. With our united effort, we were able to land an event room at the prestigious Athletic Club of Columbus. We devised unique experiences for our guests-to-be; interactive educational activities including a memorable education freedom photo booth!

We saw around 60 guests attend our Policy Brief: K-12 Education Innovation event, including multiple State Representatives and one State Senator. Every once in a while, I have someone reconnect with me and mention the impact of this event on them and the education policy reform effort on Ohio.

A bill was introduced to give a corrupt $1.3 billion dollar corporate bailout to two nuclear plants. It intended to fund the bailout by levying fees on local businesses’ electric bills of up to $3000 a month, causing harm to local economies.

I was brought on to rally the statewide business community to reject the bailout. I built a coalition of chambers of commerce, business associations, and conservative and liberal political groups to speak out against the bill. The coalition placed 4 opinion editorial articles and gave 2 radio interviews in opposition over a 2 month timeline.

The bailout passed by one of the smallest margins in recent history. A year later, the FBI announced an investigation of Ohio House and Senate leadership, accusing them of accepting nearly $61 million in bribes to pass and defend the bailout legislation. The bill is currently being considered for recall.

Effective collaboration means the difference between scalability and stagnation for tech companies.

That's why building effective teams, coalitions, and networks in Web 3.0 is my jam.